Arthur Brooks is the President of a think tank that promotes the benefits of capitalism from an economically conservative point of view.  He recently spoke at the Milken Institute in Santa Monica as to the virtues of capitalism, in one of 175+ talks he gives every year, to audiences both liberal and conservative, young and old.  In academic circles, he is known as someone who has researched philanthropy extensively, including the controversial finding that conservatives give more to the poor than liberals.  I’ve always wanted to hear more about his perspective. 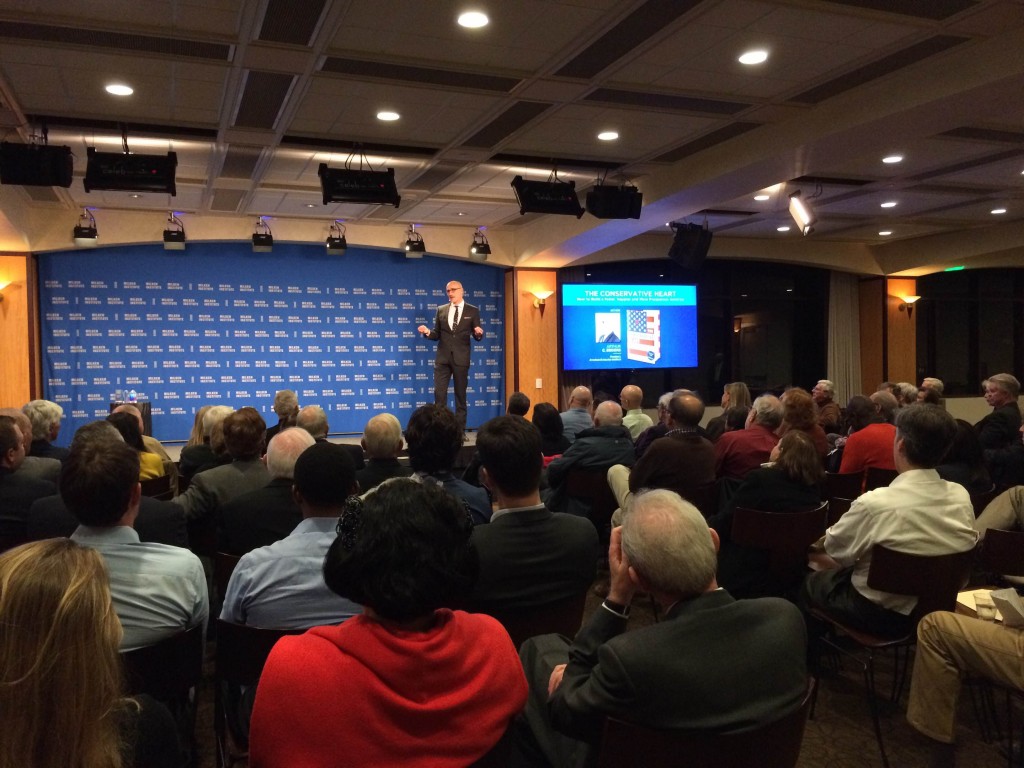 Much of his talk was devoted to the idea that if you want to alleviate poverty by the millions, you need a system like capitalism, which, while not perfect, has successfully moved millions of people around the world out of poverty.  He was well aware that his Santa Monica based audience may not share his conservative ideals and was explicit in that he felt that while liberals and conservatives may be far apart, they can be brought together through a shared moral goal, specifically attempting to uplift the lives of the poor.  Importantly, he emphasized that this has to come from a sincere place, rather than a by product of wanting to enrich oneself.

Indeed, the second theme he emphasized was that attachment to money, not wealth itself, is the cause of much suffering in the world and told stories about how relationships matter more.  For example, he cited work from self-determination theory scholars that showed that college students who made and attained relationship goals were happier than students who made and attained achievement related goals.  He noted how in his own work, he found that the more people gave to others, the happier they became and the richer they became as well.  And lastly, he answered a question in the crowd about how one of the most important things he learned from the Dalai Lama is that there is no division that “warm hearted relationships” cannot help one cross.

As someone who works in the political arena and attempts to bridge divisions, I couldn’t help but notice how his prescriptions for bridging our current political divides mirrors what we recommend here at Civil Politics.  It also mirrors a paper we are working on where we show how both liberals and conservatives care about others, just sometimes with a different emphasis on those closer or further to themselves, which can often lead to disagreements as to “who cares more?”.  Given how many talks Brooks gives in the course of a year and his bridge building work that should be of interest to readers of this site, I’d highly recommend seeing him speak at a venue near you, if you can.