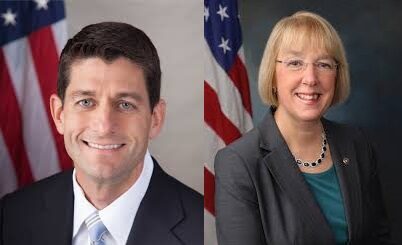 One of the reasons that we feel that politics has gotten more uncivil is that the relationships that used to bind partisans across parties have frayed.  Partisans of the past seemed to know how to compete for their policy priorities while still remaining cordial to each other.  It is no longer enough to question a politician's policies and we now question their motivation and character.  Social psychology research shows that it is much harder to cooperate with others when we do not have positive contact with them.

Of course, research in a lab may not map onto real world situations so it is important to note when real world examples confirm what is suggested in research.  Recently, Patty Murray and Paul Ryan, leaders of their respective parties were able to put together a bi-partisan budget deal that will ostensibly remove the threat of government shutdowns for two full years.  According to this Politico article, some amount of the credit for this deal can be given to the relatively warm personal relationship between Murray and Ryan.

Fresh off the campaign trail last year, Ryan and Murray sat down for breakfast in the Senate dining room last December, talking about their upbringings, their churches (both are Roman Catholic), two families and two states. They found more in common than they thought, Murray said.

“I had no idea what to know about this guy,” Murray said. “He ran for vice president, he was a political figure, he walked in, and we had a really good conversation about it, about his family, my family — about who we are. Honestly, his state was kind of compatible with mine — unless you talk about football.”

Ryan praised Murray on Thursday evening, calling her a “delight” and saying the talks were “very tough, very honest … but we kept our emotions in check and we kept working at it.”

Given the convergence of evidence from both social science research and real world examples, groups and individuals who wish to reduce inter-group conflict would be well served to consider how to increase positive relationships across groups.