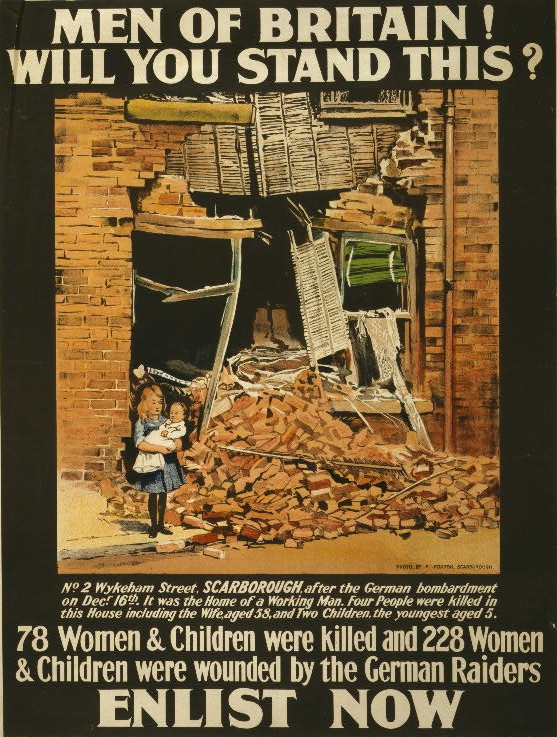 Research suggests that Belief that Groups Can Change facilititates Reconciliation

Recently, I was forwarded a research article entitled “Belief in the Malleability of Groups Strengthens the Tenuous Link Between a Collective Apology and Intergroup Forgiveness” that was recently published in Personality and Psychology Bulletin.  From the abstract:

Although it is widely assumed that collective apologies for intergroup harms facilitate forgiveness, evidence for a strong link between the two remains elusive. In four studies we tested the proposition that the apology–forgiveness link exists, but only among people who hold an implicit belief that groups can change. In Studies 1 and 2, perceived group malleability (measured and manipulated, respectively) moderated the responses to an apology by Palestinian leadership toward Israelis: Positive responses such as forgiveness increased with greater belief in group malleability. In Study 3, university students who believed in group malleability were more forgiving of a rival university’s derogatory comments in the presence (as opposed to the absence) of an apology. In Study 4, perceived perpetrator group remorse mediated the moderating effect of group malleability on the apology–forgiveness link (assessed in the context of a corporate transgression). Implications for collective apologies and movement toward reconciliation are discussed.

Among the more notable things in this last study is that it was done on individuals in the midst of a real intractable conflict that we all have an interest in resolving.  To make this a bit more concrete, I think it is helpful to see exactly what the authors mean by “group malleability” and how it was changed.  In this last paper, the details are here and the belief that groups can change was measured by these 4 items:

“As much as I hate to admit it, you can’t teach an old dog new tricks–groups can’t really change their basic characteristics,” “Groups can do things differently, but the important parts of who they are can’t really be changed,” “Groups that are characterized by violent tendencies will never change their ways,” and “Every group or nation has basic moral values and beliefs that can’t be changed significantly.”

Perhaps more of applied interest to those working to bring groups together is how they manipulated beliefs that groups can change through a scientific-style article.

Manipulation of beliefs. Participants were randomly assigned to the “malleable” or “fixed” condition. They read a short Psychology Today-style scientific article (in Hebrew) describing groups that had committed violence and reporting studies on aggression. These studies suggested that, over time, the groups had (malleable condition) or had not (fixed condition) changed. In the malleable condition the research suggested that violence resulted from extreme leadership or environmental influence, whereas in the fixed condition the research suggested that aggression was rooted in the nature and culture of the groups.

Is extreme and violent behavior “influenced by context and leadership” or is it “entrenched within the nature of individuals and groups”?  Certainly we should encourage the former if we want to improve relationships between groups and luckily there is a lot of research that supports this view as well.

Context: Research on intergroup conflict is well supported and grounded in implementing collaboration. However, despite this data, conflict continues to grow and develop. In the present research, Waytz, Young, and Ginges (2014) provide context as to why individuals and their respective group associations may fail to respect peace-promoting findings through an analysis of “motive attribution asymmetry.” Motive attribution symmetry is an assumption-based pattern that involves ingroup vs. outgroup tendencies to respond with either biased ingroup-love or outgroup-hate assumptions.
Waytz et al. (2014) hypothesize that people will “attribute ingroup engagement in conflict to love more than hate…. but [also] attribute outgroup engagement in conflict to hate more than love” (p. 15687) Within five separate studies, Waytz et al. (2014) utilize several distinct intergroup conflicts, violent and non-violent, aiming to understand individuals’ innate sense of ingroup and outgroup motives and subsequent intergroup assumptions. 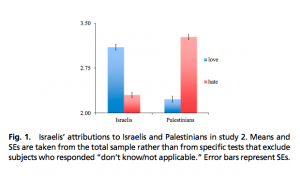 Study 4: Implications of Bias
1. What They Did – Intervention Summary:
Researchers worked towards proving the prediction that the motive attribution pattern actually informs intentions to retract or maintain ones position about an outgroup or conflict member. In other words, using the information found in study 1-3, Waytz et al. wanted to see what implications may arise when individuals follow this mental pattern.
Israeli participants responded to questions regarding Palestinian motivations  (ingroup love vs. out-group hate) as well as questions concerning personal beliefs in terms of retracting or maintaining attitudes about Palestinians.

2. What They Found – Results:
Again the pattern was found, however, implications of this bias were also discovered to be correlated. Specifically, Waytz et al. found that feeling that Palestinians are motivated by hate for Israelis correlated with limited desire to negotiate, limited belief in a compromise, win-win situation, as well as reduced optimism and preference for peace making deals.

3. Who Was Studied – Sample:
498 Israeli residents, contacted through and collected data by way of phone interviews; demographic information collected at the same time